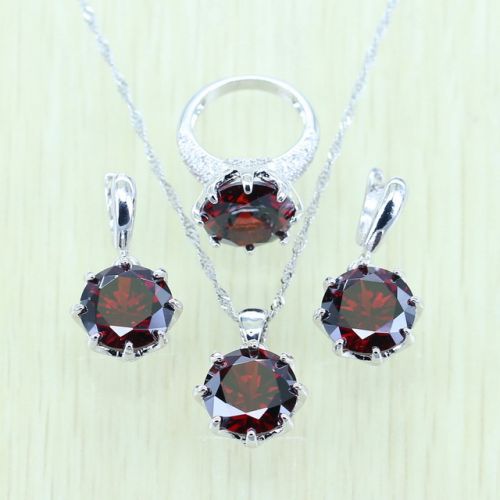 The earth is like a beautiful bride who needs no manmade jewels to heighten her loveliness.These royal-looking Red Garnet Jewelry Set with diamond accents in between, all set in a decorative sterling silver round frame have life in them: their colors speak, say what words fail of.

Red Garnet Jewelry Set can be used as a gift between friends to demonstrate their affection for each other and to ensure that they met again. Garnet is the official birthstone for January. Garnet's powers include healing, strength, and protection and it is often worn to relieve inflammations of the skin. It is also believed to regulate the heart and blood flow and aid in curing depression.