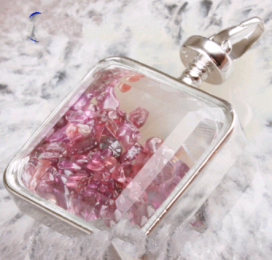 Add a quirky-dashy mesmerizing color to your lifestyle with this Garnet Box Pendant necklace, made of durable sterling silver & would make a ravenous gift for any occasion quite suitable for both day and evening wear.

Exquisite and Divine Garnet is a stone of grace and elegance. It decreases your anxiety levels while simultaneously increasing your attention to detail. It has been said that a garnet engraved with the figure of a lion is an all around effective charm that will protect and preserve health, cure the wearer of all disease, bring him honors, and guard him from all the possible perils in traveling and was long ago carried as a protective talisman.